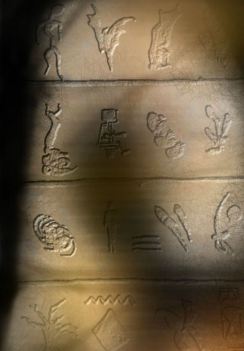 It’s a double release day!  Now for the first time you can get in its entirety, THE ETERNAL HUNGER SAGA.  This multi-award winning anthology includes the novels: FLESH AND LEFTOVERS, BLOOD THE SECOND HELPING, BONES AT BREAKFAST, SOULS 4 SUPPER, DEVIL’S DESSERT, TECHNO FEAST, GENETIC MORSELS, PLANET ATE, DEVOURED UNIVERSE, A COURSE FOR HUMANITY, THE THIRST OF CAIN, and CONSUMED BY WAR.

In addition to those is the quick short THE LINGERING QUESTION, which wraps up a lose end, as well as a choose your own adventure style story called THE ETERNAL SURVIVOR, which puts you (the reader) inside this universe.

THE ETERNAL HUNGER SAGA is available now in hardback special edition for $59.99 here , in softback for $54.99 on Amazon, Barnes and Noble, and Lulu , as well as in digital format for $29.99 on Amazon. 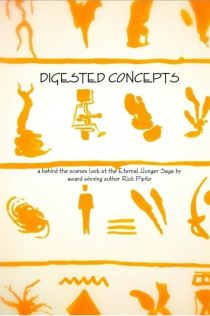 While you’re at it be sure to grab a copy of DIGESTED CONCEPTS.  It is an unedited behind the scenes companion for the saga, where I explain my inspiration, share some insight into what was factual and deleted concepts, as well as my writing process and ten year journey making these books.  You won’t want to miss it.

DIGESTED CONCEPTS is available in softback for $12.99 at lulu and in digital format for $2.99 at Amazon 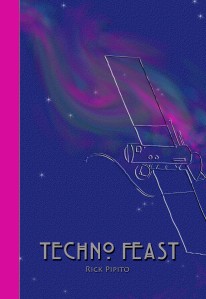 Available in softback print at www.lulu.com for $9.99

Humanity has survived through countless threats, but when a super computer begins to think that the human race is flawed, survival may prove an impossibility. In order to conquer the self proclaimed “Network Entity,” differences must be put aside. Every person on earth will be put to the test. Alliances must be forged, obstacles must be eliminated, and sacrifices will be made to ensure a future for the entire planet.

Forget everything you know about the past, as technology becomes our greatest enemy yet. The Network Entity’s plan to take over everything that makes life simpler is executed in various stages. While a team of disjointed specialists race to stop each digital upgrade, a sinister man lurks in the shadows with his own plans for the future.

***NOTE: This book was meant to be read on its own, but to get the full experience, check out the prior entries in the series: “EDEN’S ORDER TRILOGY,” “SOULS 4 SUPPER,” & “DEVIL’S DESSERT”****