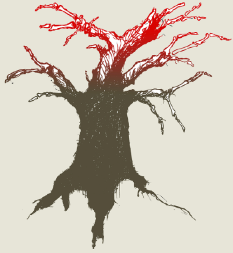 31 Days of Halloween: Day 4 is here and we bring the best of all three previous days together.

THE EDEN’S ORDER TRILOGY contains FLESH AND LEFTOVERS, BLOOD THE SECOND HELPING, & the BONES AT BREAKFAST novels.  Like a boxed set, I wanted to include some extras, so also within are the novelized versions (without pictures) of the comic book spinoffs: ZOMBIE INCIDENTS, LEGENDS OF VAMPIRE, & IN CASE OF WEREWOLF.

So why is it called that name?  Well without giving too much away, the Garden of Eden becomes the central focus of what this trilogy is building to.  The antagonist, Cain, believes that finding this lost place will bring his type of order to the planet, while the protagonists feel that the unknown is too risky.

The Garden of Eden was supposed to have been a place of pure nirvana.  We didn’t have to work for our food, and life was eternal.  Our mistake banned us from there, but what happened to Eden?  It had to be somewhere on earth right?  And if we found it again, then would the peace and order become ours again?

A problem that is often found with the “truth” is that often the facts lead to more questions, so regardless of what happens as a result of such an action, there would be more that comes with it.  Zombies, vampires and werewolves are the focus of the first three novels, but the underlying plot as a whole all boils down to this place.  It puts in question everything we know and think we know.  Getting people to think of the “what ifs” regardless of their beliefs or lack thereof, was my goal.

Open your mind with THE EDEN’S ORDER TRILOGY, available through links on the right of this page.  *Note: on Amazon, the kindle version ONLY contains the extras that you wouldn’t get from buying the novels separately.  I did this for those fans who had already purchased the books but wanted the whole saga without rebuying them.